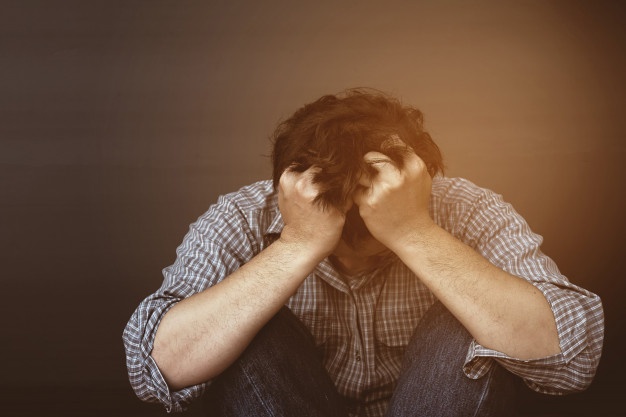 Depression is linked to a range of social stigmas. We often come across people who have been misunderstood for this mental illness, pushing them to spiral down.In our society, mental health is still a taboo subject, but we can’t ignore it because mental illnesses like depression exist. And many individuals are suffering, alone without any help. According to the World Health Organisation, about 10% of the world population suffers from depression, while 20% are adolescents. And this is only an official number. Major Depression is one of the major mental health disorders that has to be addressed. Many have a presumption that depression has no cure, but it does have a treatment.

Major depression or depression is curable. There are various treatments available for depression. Even severe cases of depression are cured with the right set of treatment. This article will assist you in learning more about Major Depression and the many kinds of MDD.

What is Major Depressive Disorder?

In general, major depressive disorder (MDD), often called major depression, clinical depression, or depression, refers to a severe mood condition. It is a mental health condition characterised by a persistently low moods and a loss of interest in activities. Major depression has numerous causes that include genetic, physical, and psychological factors. They vary from person to person.

There are different types of MDD, and treatment for each of them varies from person to person.

Symptoms of MDD are different for different people. The most commonly seen symptoms of major depression are:

A person with MDD does not have to exhibit all of the symptoms. Each person is unique, and understanding depression requires a full diagnosis.

If a person is experiencing any of the depressive symptoms consistently for more than two weeks, it is necessary to consult a doctor.

Consulting and following the guidance of a clinical psychiatrist or psychologist from the early stages is necessary. A psychiatrist or psychologist diagnoses MDD by understanding the physical and mental condition of the person. It includes filling out a questionnaire and describing the exact symptoms faced. And one may have to describe past experiences or family history with any kinds of mental disease.

MDD can be treated with medication, psychotherapy, or a combination of the two, as well as dietary and lifestyle changes.

Hospitalization for depression is only required in severe situations of depression with a high risk of injuring yourself or others. Outpatient therapy, on the other hand, is sufficient to treat depression.

Medications for depression include antidepressants, antipsychotics, or a combination of both.

SSRIs are primary antidepressants prescribed by doctors as they have the least side effects. SNRIs are equally prescribed as SSRIs, depending on which suits the patient better. SNRIs affect norepinephrine along with serotonin resulting in a good mood.

Tricyclic antidepressants are used when SSRIs and SNRIs fail to alleviate depressive symptoms.

Any antidepressant has both benefits and side effects. A person taking an antidepressant is under close observation during the initial stages to know the effect of medications and their suitability.

Stopping medicine without consulting a doctor is extremely dangerous and can exacerbate depression. Hence, proper medical guidance is required while starting and discontinuing the medication.

In general, psychotherapy refers to talking therapies or counselling. Different therapies are suggested based on an individual’s needs, with talking therapy being the most effective treatment for depression.

Self-evaluation is aided by psychological treatment for depression. It indulges the patient in identifying the causes and triggers of MDD. As a result, it aids in taking the necessary precautions to avoid becoming depressed. It also helps in eliminating negative thoughts and behaviours, developing self-esteem and dealing with challenges in life.

Some of the other therapies also recommended are:

Depending on the needs of the patient and the type of MDD, a combination of medications and psychotherapy are prescribed.

When none of the medications and psychotherapy shows any result, brain stimulation treatments are considered.

These treatment methods are only used in highly critical cases or when none of the medications has been helpful.

Depending solely on medications and therapies without making any lifestyle changes does not help cure MDD. Changes in one’s lifestyle can help one recover from depression more quickly.

Major depression is curable with the right set of treatments. If a person gets medical guidance at the early stages, it may help to prevent suicidal attempts. To avoid developing severe MDD, one should never disregard warning signs and seek medical care as soon as possible.

5 Reasons On Which Prp Hair Loss Cost Depend