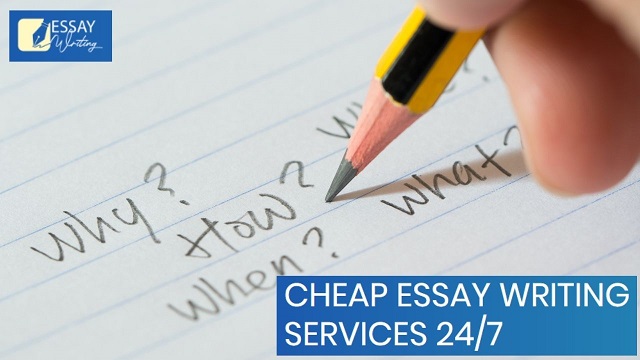 The procedures for knowing how to write an essay are simple. After all, it’s an organized way of expressing your own ideas about a topic. Typically, we do this from a critical perspective. Therefore, essays represent a powerful pedagogical tool for the possibility of provoking polemics or well-argued debates.

Likewise, the essay is considered a literary genre is written in prose that contains a thesis based on personal experiences. and the writer’s opinions. Likewise, in this type of essay, the use of literary figures and ornamental resources is totally valid. That is why – in the specific case of literary essay writing – it is usually described as poetic or artistic. In addition to the literary, there are other essay modalities to consider before deciding to write one. we described below briefly:

It is a kind of essay that is very frequent in political articles or in discussions related to the economy. While all essays are argumentative, this class is specifically mentioned because the explanations are more objective (compared to the literary essay). Well, the essayist must rely on the accepted theories of other experts to make his point. In this area, he notably excelled at Jose Marti.

Its academic rigor and structure based on a scientific methodology distinguish it. Accordingly, it leads to greater argumentative depth and indexed support when supporting each idea presented. The purpose of the scientific essay is to study a topic or circumstance and then present a synthesis.

It is a very suitable test modality for the scrutiny of difficult-to-understand questions and explanations for didactic purposes. Then, the essayist prepares a very descriptive and meticulous text, able to reveal all the details of a subject and leave it explained in detail.

As its name implies, it reflects on different philosophical deliberations. Consequently, it addresses themes of existential speculation such as love, the meaning of life, faith, death, or loneliness, among others. For these reasons, it is a kind of essay with a more subjective stance and transcendental exaltation.

Despite having many similarities with the argumentative essay, the critical test is more rigorous with regard to the handling of evidence. In this sense, previous studies and background collection imply a rigor comparable to that of a scientific essay.

These are texts in which the essayist delves into considerations related to social problems and/or cultural manifestations. Although in the sociological essay there is room to reason with the author’s private thoughts, they must be supported by serious academic scholarship. For this reason, we see this type of essay as a branch of the scientific essay. Terenci moix excelled in these types of essays.

In this type of essay, the author expresses his opinion about some historical event of interest. Typically, the text contains a comparison between two or more historical sources. Based on them, the essayist explains which one seems more correct. The only immovable rule in the argument is don’t comment on events that don’t have verifiable support (but, you can clarify when you’re guessing).

When writing about sustainability or environmental issues, you will have to express your argument on the subject, and in addition, base it on strong arguments and, if you can, with thoughts of other authors. Therefore, a quote that fits any theme is always welcome at these times, to affirm that credibility that we mentioned earlier. Obviously, we won’t always be able to have in our heads exactly the same lines from other authors, because recording exactly what a person said is complicated. In these cases, you can make an indirect quote, which is to mention the opinion of another author using your own words, appealing to works of almost general knowledge, such as the Brazilian constitution, the Bible, the Universal Declaration of Human Rights, and so on. against. However, always remember to give credit to the original author, because even if the proofreader does not know the phrase by heart, he can search and reset your essay for considering the unidentified quote as plagiarism. So, pay attention to these quick tips and always mention the authorship of the thought or argument. For example, if you are talking about ways to combat religious intolerance in Brazil. In this case, you can bring the position of a religious leader, or even the rights provided for in the Federal Constitution, as we suggested above. But you’ll have to mention where that argument came from, and that’s always, always. The same will happen if you are talking about human rights. You will be able to list some guaranteed rights and talk about where they are provided for.

If you need it, you may get the best paper writing service online.

What are the top benefits of availing the professional python homework...

Benefits Of Having A Commerce Tutor In Lucknow!

How To Incorporate Artificial Plants In Your Business