Home EDUCATION How to create a RAID array

Any PC user sooner or later has a whole collection of drives, or special requirements that cannot be solved with one drive. For example, increasing the speed, reliability of the storage system, or just ease of use. And a RAID array can handle that. Since it is impossible to grasp the immensity, we will consider only those cases that the average user of Windows 10 may encounter. Of course, first of all, you will need equipment.

What may be needed

Motherboard GIGABYTE X570 AORUS PRO 28 999 *
Motherboard. The advantage is that you already have it, but there are enough disadvantages:

When switching the motherboard to RAID mode, programs may lose access to SMART readings even for drives that are not participating in the array, which is not always convenient
RAID drivers for older chipsets may not support TRIM, without which modern SSDs suffer performance and life
May not support the desired array level (6, 5E, etc.)
When changing the firmware, the RAID setting may fail (in fact, the settings are stored on the drives themselves, but this will not help with significant firmware changes)
When you change the platform, the settings also fly off.
Potential issues when building in an already installed OC
If at least one item does not suit you, you will most likely need an external controller, for example:

ESPADA FG-EST14A-1-BU01 controller
Drives. It is desirable to have support for RAID controllers. The difference, in comparison with the usual ones, lies in the behavior in an emergency situation. In the event of an error, a conventional drive, in an attempt to solve the problem on its own, may not have time to report to the controller, which will end in the destruction of the array. It is also worth paying attention to the presence of other optimizations for working in RAID. For example, increased resistance to vibration. The greater the load and disks, the greater the effect of such optimizations.

The basket is just as important. The more disks and the greater the load on them, the more important vibration isolation.

This is how a fairly good basket in a consumer case looks like – pay attention to the blue inserts of vibration damping material:

Of course, this is far from the limit of the basket’s capabilities. In RAID arrays, disks operate almost synchronously, and if they are of the same model, they have almost the same resonances, which, under heavy load in a conventional case, can lead to failure in a matter of weeks.

Cooling. You shouldn’t forget about blowing the drives either. The optimum temperature is 30-45 degrees. An ordinary quiet cooler will cope with such a task, the main thing is that it should be and work.

Most Common Array Types
JBOD. It simply connects drives in series in any number that the controller allows, at least one. No increase in reliability, no increase in speed. But you can connect disks of different sizes and speeds. Not recommended for SSDs due to sequential population of the array. It will either be completely clogged (because of which it loses a lot in resource and speed), or it will be free and actually idle.
RAID 0. You will need at least 2 drives of similar size and speed, while reliability is reduced, since the output of one drive makes the contents of the entire array unreadable. Increases the speed of operations with large blocks, there is no loss of volume. For SSD, it only makes sense in work tasks with a lack of speed. For operations on small blocks, typical for games or OS loading, the effect will be negative due to the overhead costs.

RAID 1. You will need two drives. The volume of the array is equal to one drive. Contrary to popular belief, it only protects against the failure of one carrier. The mode does not protect against: ransomware, data corruption on the disk itself (in this case, the array is simply not able to determine which disk contains correct information and which one is damaged). A good controller can increase read speed with a multi-threaded load, but you should not expect this from consumer ones.
RAID 5. A minimum of three drives is required. Increases read speed, write speed (depending on the controller, it can vary greatly, but in any case it is less than RAID 0). It has a critical drawback associated with the characteristics of consumer drives – the average probability of one bad bit per 12.5 TB of read data. Faced with this, the array will “crumble” during restoration.
RAID 6: Requires a minimum of four drives, but can survive two drive failures to reduce the risk of array failure during rebuild. Due to the peculiarities of the error correction algorithms, the write speed drops noticeably. This, in turn, translates into a very long failover without a good and expensive controller.
RAID 10. In fact, this is RAID 0, built on the basis of two or more RAID 1. It requires an even number of drives, at least 4 pieces, half of which will be given to maintain fault tolerance. Ideally, it can survive the failure of half of the drives, but in the worst case, the failure of the second drive leads to the loss of all data. Fast when reading and writing, recovery is very fast, but a large consumption of space for the reserve.
The easiest way is to make an array using the OS
Optionally, you can make sure that the SATA firmware settings are switched to AHCI mode, depending on the motherboard, this may make it possible to replace disks directly on a working computer. To do this, you need to find the appropriate settings in the firmware. Your best bet is to read the manual or reviews for your motherboard. Specifically, on this motherboard, AHCI is always active, even in RAID mode.

On older chipsets, the choice is slightly larger.

If the IDE mode is set, you should not rearrange it immediately to AHCI, it will almost certainly cause a BSOD. In any case, this item is not required. Even if the system has an SSD, IDE mode skips the TRIM command. But if you want, you can run the Sysprep program before changing IDE to SATA in the firmware. A checked checkbox will remove activation and not only on Windows.

This procedure is for OEM assemblers who set up the system before selling. A new user is also created in the system, through which you will have to log in. And then just deleting an extra user is much easier than poking around in the registry. If you do not have time to enter the firmware before loading the OS, you will have to repeat. So make sure you don’t have Ultra Fast Boot enabled.

After the preparatory procedures, you can start creating an array. To do this, right-click on the start menu to open Disk Management.

The new disk will need to be initialized, then select the appropriate array level for your needs:

This will launch the Volume Creation Wizard:

For RAID 1, it is better not to use the maximum capacity. Purchased in the future, a disk to replace a failed one may turn out to be slightly smaller. You can also make a RAID 1 for the operating system, but in the case of GPT partitioning and a boot drive failure, you will need to restore the UEFI bootloader.

A more complicated way – using the motherboard
You’ll have to go to the chipset manufacturer’s website and download everything that has RAID in its name.

And here the first pitfall emerges. The RAID driver installer refuses to install if there is no RAID enabled in the firmware.

And that is all. Because if the OS is installed on SATA, it will lead to the inability to boot without additional manipulations with the firmware. With a bootable NVMe, you can activate the RAID mode for SATA, and safely install the drivers. In case the boot drive and the future SATA-based RAID, you can install all three drivers in manual mode. ATTENTION! This will make it impossible to boot normally.

Now that there is no way back, pay attention to these points (with other BIOS settings, you will not be able to access the array settings):

And only after saving and reloading access to the settings will open:

By default, JBODs are created from all existing drives with 1 drive in the array. Therefore, you need to remove the arrays in which the drives for the RAID turned out to be:

Rush is not needed here, because it is very easy to part with important information at this stage. The Enabled position means that the array will be deleted:

Now, after the drives that do not participate in any array have appeared, a new one is created on their basis:

The size of the array can be changed using the numeric keypad.

Now that the creation is complete, we return to Windows, and, through disk management, you can work with the array as with a regular disk. Please note – the volume obtained using the motherboard is slightly less. The shortage went to the needs of the controller.

After initialization in the unallocated area, you can create a regular volume. The wizard will look pretty much the same as above except for a few paragraphs.

If Windows is to be installed, the contents of the archive with the name nvme_sata_raid_windows_driver must be uploaded to the installation flash drive in unpacked form. And during the installation process, indicate where to get them.

You need to install all three drivers in the specified order.

After that, you can continue the installation as usual. And all this is not in vain, compared with an array created based on the OS:

The array created using the motherboard can cache data, although not a large amount:

The bundled software RAIDXpert2 for the most part duplicates the capabilities of the firmware.

It allows you to perform all operations without leaving the OS. Of course, this is not an exhaustive guide to action, but it will allow you to bypass the most common pitfalls. 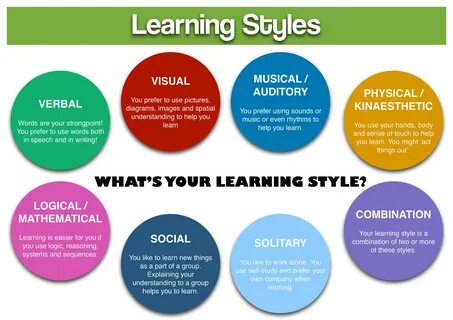