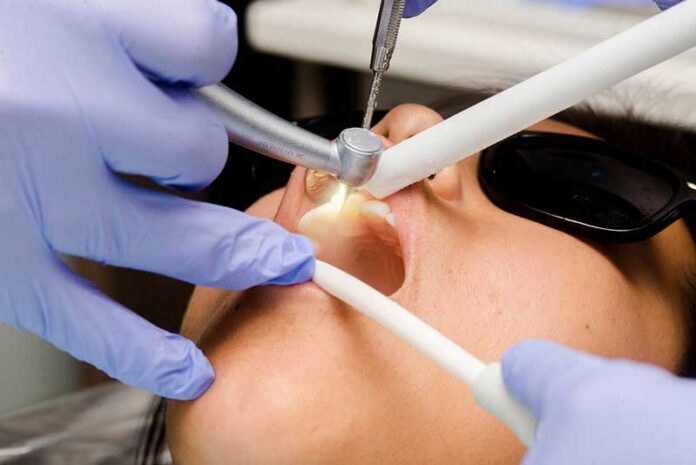 What are the signs of gingivitis? Gingivitis symptoms are the first step to knowing if you have it and how severe your case may be. Gingivitis causes inflammation of the gums, making them swollen and red, and sometimes bleeding. If left untreated, it can lead to periodontitis (a more serious form of gum disease), which can cause tooth loss and other dental problems.

Gingivitis is marked by red and swollen, but painless, gums. If you’re suffering from these symptoms, it’s a good idea to book an appointment with your dentist or physician to rule out any other possible conditions that may be causing bleeding in your mouth. Gingivitis is considered a precursor to periodontal disease; it occurs when plaque buildup on teeth hardens into tartar. The tartar begins to detach from your tooth enamel and attach itself to soft tissue in your mouth.

Bad breath and a foul taste in your mouth

Bad breath, also known as halitosis, and a foul taste in your mouth can both be symptoms of periodontal disease, or gum disease. This condition occurs when plaque accumulates on your teeth and irritates them. If you notice bad breath for more than a week or two, visit your dentist right away to get it checked out. The good news is that most cases can be treated by brushing and flossing at home; in some cases, your dentist may prescribe antibiotics or other medications to help clear up any infections that cause bad breath. As part of a treatment plan for gingivitis symptoms, your dentist will likely recommend regular cleanings every six months or so.

Gingivitis is an inflammation in your gums that causes redness, swelling, and soreness. It’s often accompanied by a less severe form of gum disease called periodontal disease. Gingivitis can develop into periodontal disease if it goes untreated. The most common symptom is red and puffy gums that bleed more easily than normal when you brush or floss. You may also have bad breath (halitosis), loose teeth, and feelings of discomfort when chewing or biting down on certain foods. Some people don’t experience any symptoms at all unless their dentist notices changes during an exam or cleaning.

Sensitivity when chewing on certain foods

A common symptom of mild to moderate gingivitis is a dull ache in your teeth when you chew certain foods. Some patients even feel like their teeth have cracks or chips in them when they eat these foods. In most cases, though, that’s not actually what’s happening—you’re just feeling more pain because your gums have swollen up and become irritated by bacteria in your mouth. This is why it’s so important to see a dentist as soon as possible if you think you may be suffering from mild to moderate (or even severe) gum disease. If left untreated, it can lead to other serious health problems.

An overgrowth of bacteria in your mouth can make your gums swollen and sore. These symptoms can sometimes be accompanied by bad breath. However, you could also have swollen or enlarged gums without any accompanying bad breath or tooth pain. Take note: If you notice these symptoms. It’s important to get checked out by a dentist as soon as possible.

Difference In Natural And Synthetic Ingredients In An Antibacterial Spray?

What is the difference between plaque and tartar? 

The Maximum Usage Of Nitrile Gloves Before Washing Them!